3 Reasons To Send Developers to Dreamforce

When it comes to Dreamforce, it often seems to be the case that people need to convince their managers to sign off on the funds for them to attend, and this baffles me; if you're paying someone an annual salary to administer or develop on your Salesforce org, then surely the cost of the trip is minor in comparison? Expenses aside, the perceived cost will more than be made up by the knowledge and connections gained. Here are three reasons why you should be sending your developers to the best conference of the year. 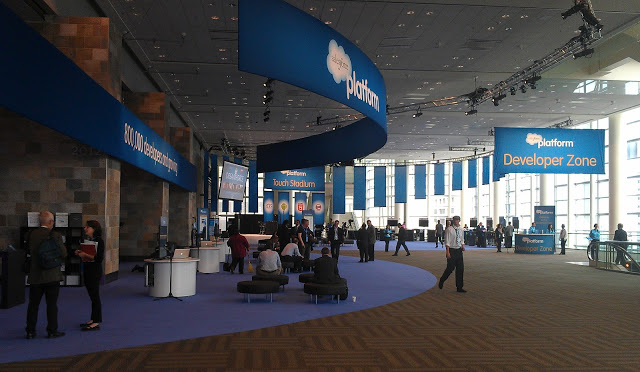 The Developer Zone shortly before opening on the first day in 2012.

It goes without saying that for developers, the biggest focus at Dreamforce is the Developer Zone. I've had the privilege of attending the conference twice so far, once in 2010 and then in 2012, and the growth of the Developer Zone both in size and scope was dramatic to say the least. Just some of the great features last year included:

If you employ a Salesforce developer then why not help them stay up to date with latest and greatest, and allow them to forge relationships with the tens of thousands of other developers who will be in attendance at the Developer Zone?

2. Learning From The Best

As I already mentioned, the developer-orientated session topics at Dreamforce cover the gamut with everything from the basics of force.com development, through mobile app development to very specific scenarios. A great example of the latter was a short session by Jeff Douglas last year, on using Heroku and Node.js to mock up webservices that will be used for integration; with most integration projects the services to be connected are still under development, and constant changes can hinder the developer trying to connect to them. Mocking those services and providing simulated responses can make life a lot easier early on, saving both time and therefore money. The cost of that ticket is already going down. 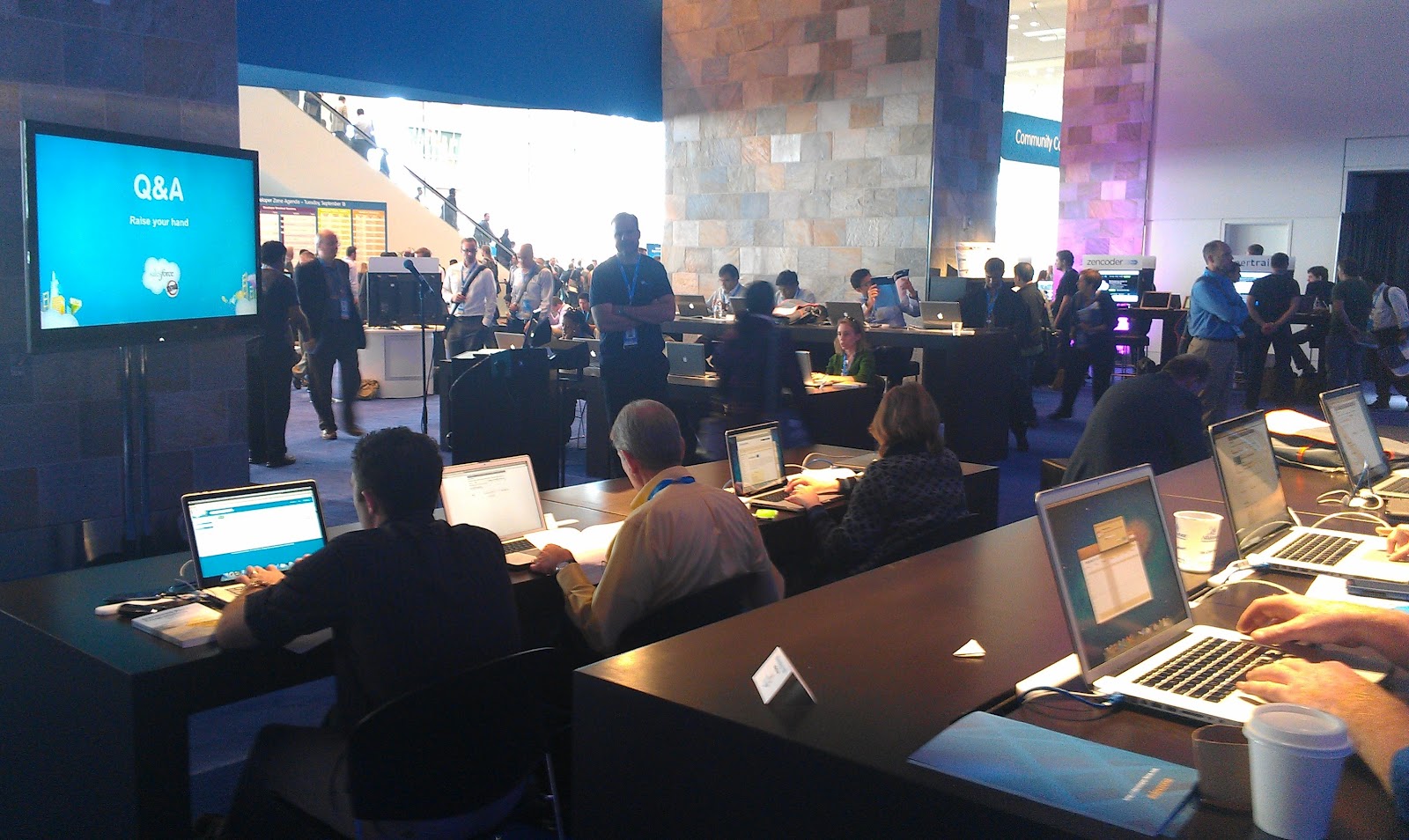 There is always a plethora of sessions run by the hard working (and super friendly) developer evangelism team, which often provide great introductions to the newest features of the platform. Consider these a must.

Chances are your developers are working on a specific project, and given the myriad sessions it's more than likely that there'll be something covering the exact technologies they're currently utilising, highlighting the best practices and handy hints. Developers can even attend code consultations and skills assessments, to find out exactly what they're doing right and what areas could do with improvement; if this isn't something your company provides internally then it's likely worth the the costs alone as it could save you tenfold when it comes to project success.

There is an ever growing number of developers on this platform, and that growth is accelerating, meaning the ratio of seasoned Salesforce developers to new is rather small (though again, of course, it's growing). I mention this because Dreamforce attracts many of the best developers from the community, and the networking opportunities are endless.

Developers get a lot out of talking to their peers and running ideas past others, discussing how they solved problems and how they intend to solve those on the horizon. I've made some great relationships thanks to Dreamforce which have definitely helped me, so do your developers a service by sending them there.

The Cost, a.k.a. The Investment

Hopefully by now you've come to the conclusion that the cost of attendance is really an investment, and one that will pay you back in spades; developer attendance could even prevent some unexpected issues with your current projects.