1. The Salesforce StackExchange Site Is Public

There is pretty much only one way to find me more stoked than I am right now, and that's at the bottom end of a fresh powder run, strapped into the bindings of my snowboard. We have made it. Sure, we're beta, but such a term is nigh akin to meaningless; the simple story is that in a little over six months, the community has shown its true colours and has banded together to create a Q&A resource which will become second to none in terms of the quality of information provided. 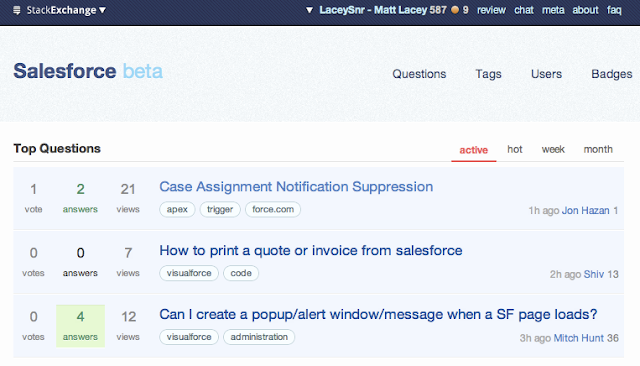 If you've not already signed up, why not do it now (or at least after reading the rest of this article!)

I will be genuinely shocked if our new site fails to live up to the expectations that I have for it, and so far, so good. We've already got over 130 questions, 94% of which have accepted answers, and we're just shy of 300 users—the site will only grow from here. Thank you to everybody who helped promote the proposal, through Twitter, LinkedIn and everywhere else.

2. We're Pushing Hard In This Hemisphere

Australia might not always be the first country in your head when you're looking for services, but right now you would be doing yourself an injustice if you to were look elsewhere. Yes, currency exchange rates make the perceived price appear to be inflated, but if you take such a basic metric at face value then I would almost go so far to say that you're being negligent. Perhaps not, but 'toeing the line' would not be a turn of phrase misplaced; if price is your only focus then you're likely to miss out on quality. 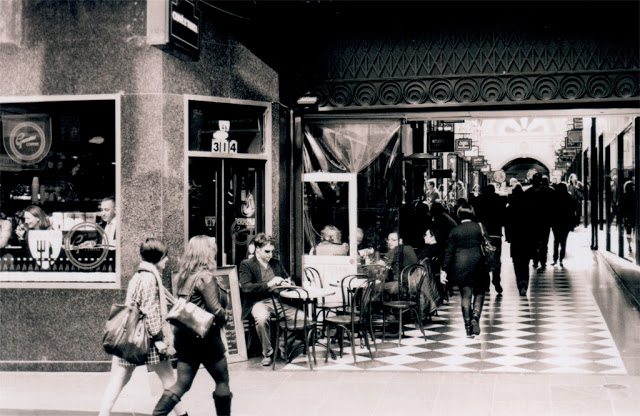 A piece of Melbourne

In a little over a week, we're holding the inaugural meet up of the Melbourne Force.com/Salesforce Developers User Group, something Salesforce asked me to consider following the very successful developer meet at Cloudforce Sydney this year. There is more and more interest in the platform and I'm intrigued to meet developers around the city to hear their thoughts. Even if you're in Melbourne and can't attend the meetup, please join the group on meetup.com to ensure you hear about future events.

3. Dreamforce is on the Horizon

So, the short version is 50,000 people rock up into a city which may or may not be expecting such an onslaught. The longer version of the story entails a shake up of considerable proportion. The world we live in is changing, technology is changing, and it divides those involved into three specific groups: those who fail to keep up with change, those that learn, adapt and survive, and those that lead the change. The 'fireside' chat with Richard Branson is something I'm particularly looking forward to, as well as, of course, the gala party with the Red Hot Chilli Peppers.

This will be fun

Dreamforce is going to be big, and that's big on a scale where small is larger than the number of delegates at the majority of other conferences. As you may well have guessed, I'm excited. Next month I hope to see where this leading platform is aiming to take us over the year ahead, to hear a lot of people with grand ideas, and to meet and talk with a lot of the people behind the names that I have inevitably become acquainted with over the last few years. 32 days to go!